Register for the Tribune’s Speaker Series 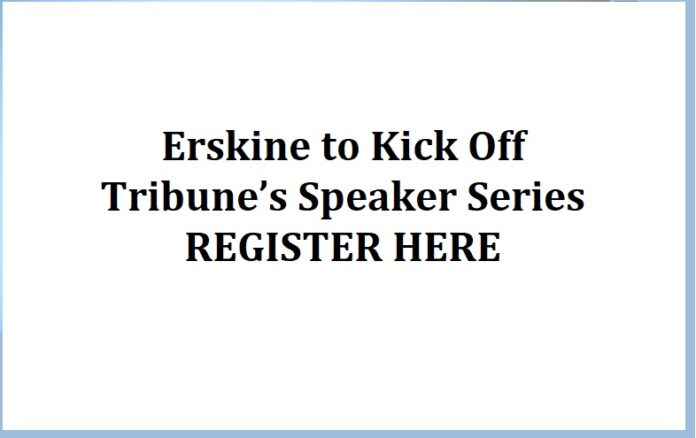 Chris Erskine, who joined the San Marino Tribune and Outlook News Group in March, will lead off the newly minted Tribune Speaker Series on Wednesday, May 11, at the Crowell Public Library.

Erskine has been chronicling life in Los Angeles for nearly 30 years. As a writer for the Los Angeles Times, he covered sports, travel, entertainment, yet is probably best known for his humor columns on family life.

While at the Times, his work was distributed to 600 papers nationwide. He is also the author of four books and is currently working on his fifth.

Erskine is a frequent event host and keynote speaker and, as he likes to say, a “longtime and only moderately successful youth sports coach.” He also likes to organize local hikes and gin tastings.

Tribune Editor Mitch Lehman will serve as the event’s emcee.