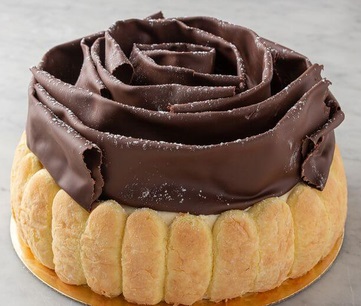 First published in the Sept. 15 print issue of the Outlook Valley Sun.

Ours is a funky-funny-gentle little suburb. We wave to firetrucks; we slow for squirrels. At the high school, all the classes are AP classes.
To borrow from Wordsworth, the residents are bound by a natural piety toward each other. Our hearts leap when we behold wild bears and big, billowy clouds. We get giddy when it rains.
We’re a careful people, the kind who double-check the spare before long trips. Meanwhile, butterflies grace the schoolyards; the hydrangeas are the size of human heads.
If you look around, you’ll see that much of the architecture is inspired by the cathedrals of Florence. Many of the homes are big and often quite masculine. Well … except my place, which is a former Wienerschnitzel (on damp days, you can still smell the kraut).
Generally, residents fall into two subsets: 1) The Unworthy, those who feel guilty that they live better than most; 2) The Totally Worthy, those who feel they worked exceptionally hard and earned every single perk.
To me, either view is valid.
As you might guess, no one leaves this velvety ’burb, though some are now being tempted.
My friends Joe and Deb, for example. After dropping the twins at college back east, they scouted some real estate and are now poised to buy a roomy place with a pottery barn, on four sylvan acres, for $400,000.
In L.A., you pay that to paint a kitchen.
As Joe and Deb explored the Eastern Seaboard, the foggy little villages full of old priests, they kept thinking that I would appreciate it there.
“We kept saying, Chris would love all this – the barns, the wooded hills, the ancient taverns,” Debbie said when they returned.
“And give up Glendale?” I asked incredulously.
To be honest, we don’t exactly live in Glendale, but we’re “Glendale-adjacent,” as a realtor might say.
Hence, I can’t help thinking that Pennsylvania is some 3,000 miles from Porto’s (the best bakery in the world), and Damon’s (the best bamboo-themed, stuck-in-the-’60s steakhouse you ever saw).
After so much heartache, I think I know what love is. Trust me, it has a lot to do with Monday nights at Damon’s, where the mai tais will take the gold off your teeth.
Might host my writers group there soon. As I may have mentioned, I have semi-monthly feasts with a bunch of sportswriters, who are like other journalists, only smarter.
Listen, if you ever want a half-informed opinion on almost any topic, just ask a sportswriter. Their answer should take only about 90 minutes. They’ll gesture passionately throughout, waving the sandwich they’re eating like a sword.
Anyway, to Damon’s my buddies and I will go. Probably, we will Uber in hopes of returning safely to our homes up the hill, where the town crest features a golden retriever and a too-big Bentley.
Speaking of which … my son and I passed a sleek new Rolls-Royce the other morning, and I reminded Smartacus that gaggy cars like that used to be marketed to rich and stuffy old men. Now they are targeted toward rappers.
“Wonder who are worse to deal with?” I asked him.
“The stuffy old men,” he quickly answered, though his experience with the elderly is mostly confined to me and my attorney Billable Bob. That’s a very small sample size and probably doesn’t reflect the glories of stuffy old men as much as it might.
FYI, Smartacus is all I have left now. One daughter is vacationing back East — probably scouting real estate — and the other just jetted off to Spain, eloping maybe but probably not.
That leaves me and Smartacus to run L.A. all by ourselves, with brave Suzanne to assist, as our precious California continues to melt into the sea.
That’s a lot of responsibility for two-and-half people, though I sense we’re up to the task. If nothing else, I’ve embraced West Coast idealism, which requires a certain cluelessness, plus blind faith in other people (good luck with that, right?).
Man, we’re in a mess. L.A.’s lawlessness gets worse and worse. Our lawns are all dying, mine looks like it’s been bombed. Worst of all, there’s not a decent sports bar within five miles of my bed.
Yet, I don’t think I could ever leave. You don’t quit on your team after a few bad seasons. Plus, as I said, there’s Damon’s. And Porto’s. And Billable Bob, a magnificent man and an inspiration to so many.
There’s also that West Coast idealism, and – for the most part — a sort of hands-off attitude toward others’ attitudes. Live and let live. Then live some more.
I mean, who would give up all that? Not me, for sure.
Hello, Damon’s? Table for eight, please. It’s kind of an emergency …