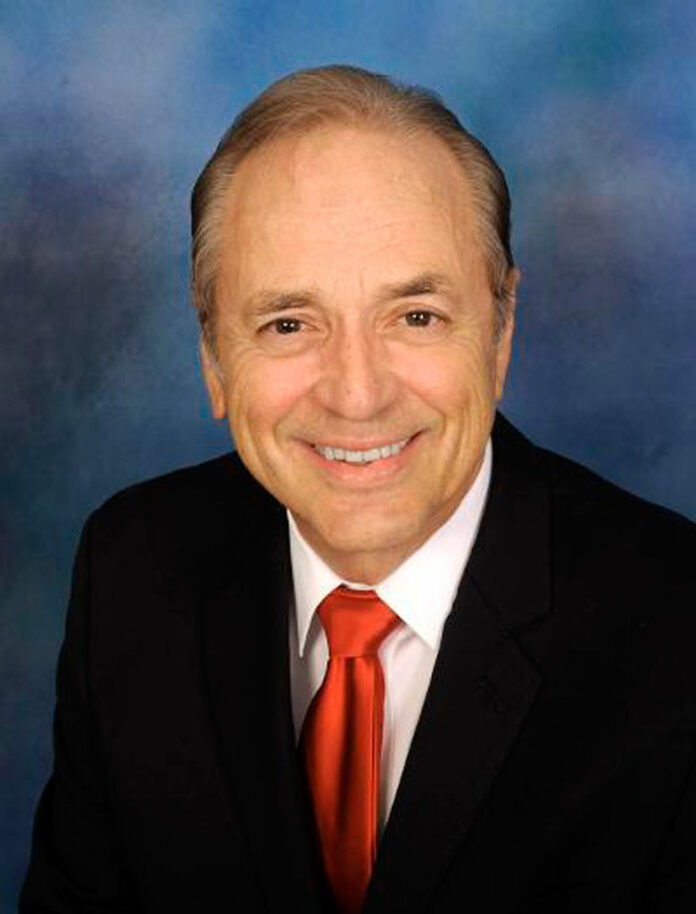 Local resident David F. D’Orazi has published his new book, “The In-Between Artist: The Story of Tony D’Orazi,” a candid reflection on his father’s life drawn from journals and scrapbooks dating from the early 1920s. He will be signing his books and answering questions at Flintridge Bookstore on Saturday, Aug. 29, from 11 a.m.-1 p.m. (All COVID-19 precautions will be observed; the event will be outside.)
The successes and struggles of 20th century artist Tony D’Orazi are detailed, from his early years as a child prodigy in Missoula, Montana, to his ascension into an award-winning artist by way of New York City and Chicago. He also worked for Disney and ultimately became the radio and television personality known as Uncle Tony O’Dare, “the first cartoonist of the air.”

Tony’s personal struggles would repeatedly attempt to derail his artistic ambitions, but the art would always find a way to persevere.
Along his ascent, he would also meet his true love, with whom he formed a vaudeville act and entertained crowds across America. From there, he became a husband and father of four who constantly struggled to find balance between his roles as a visual artist and family man, all while battling with severe bouts of mental illness.
This is a portrait of an artist and entertainer that also includes later chapters of his life, in which he went on to become a successful salesman and character actor. In the end, despite all these roles he played and the countless hurdles he faced, Tony remained an artist.
After his radio and TV shows ended (which included one Emmy Award victory), Tony D’Orazi became a part-time actor and was on the “Dean Martin Show,” “All in the Family” and “Sanford and Son.” He also had roles in “Dragnet” and “General Hospital.”
“If you enjoyed the movie ‘A Beautiful Mind’ starring Russell Crowe, you will love this book,” said author David F. D’Orazi, who has lived in La Cañada Flintridge for nearly 30 years. “The book is written from my father’s actual notes, and what it was like having mental issues, and still bouncing back multiple times.”
The book, from Page Publishing, is a nostalgic tale of family, talent and success in a bygone era. “The In-Between Artist: The Story of Tony D’Orazi” is available at bookstores and online at the Apple iTunes store, Amazon, Google Play, or Barnes and Noble.